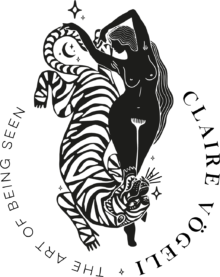 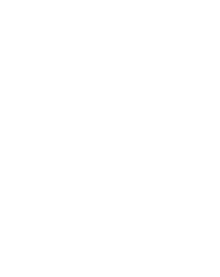 Many people are highly intrigued when I mention in passing that I spent a month in India. I’m sure that each person has a preconceived idea of what India is like, especially if they have not been there themselves. It has a certain reputation. I had a vague idea of what I thought it may be like, I was wrong…

I spent a month in Agonda Beach where I completed a full time 200 hour Yoga Teaching Training Certificate at Sampoorna. I will certainly get around to writing a separate post on Sampoorna, but for now this post is dedicated to the volatile beauty that is India, well, Goa more specifically as the regions differ substantially.

My somewhat hell-raising journey set the tone for my India chapter. After touch down in Addis Ababa I had 20 minutes to navigate the airport which was nothing short of a circus, punctuated with mosquitos the size of zebra finches which were doing multiple drive-bys on all of my limbs. I only just managed to skid on to my transfer bus in a mild panic only to feel many sets of eyes burning my skin as I looked around and realised that I was the ONLY woman and westerner on the flight.

Once crammed into the sardine can plane I was gutted to see that there was no in flight entertainment for the next 6 hours. I was very grateful though, for the earphones and tinny Indian music produced by my rickety seat, because it managed to slightly drown out the old man across the aisle who was coughing up half his lung and spitting it into a tissue with much zest. He honestly looked as though he may be on a one way flight and it certainly wasn’t to Mumbai.

Later, as the food cart wheeled down the aisle it trailed with it a smell so spicy and pungent that it made my chest tighten. After recently watching a documentary on Indian cuisine in Deli I was enthusiastic about trying whatever it was that was passed my way. I’ve always been game for strange foods. The options were fish or lamb and I opted for lamb which made the Rwandan man next to me burst out laughing “You choose sheep??” It was amazing! Tender and spicy and filled with sultanas and pine kernels. I was very chuffed and washed it down with some good old cheap red so that I could pass out and wake up at my destination. I blew up my flight pillow which caused the Rwandan man to point and laugh at me once more.

My nap was cut short as I woke up to the world warping around me. Everything was in slow motion and I couldn’t hear a thing. My skin was icy and damp and my body had signalled go-time which had me on my feet, desperately clawing past everyone in the que for the bathroom before I even knew what was happening. My vision was fading and my legs were turning to jelly and I only just managed to make it to the bathroom stall. I frantically ripped off half my clothes which were now sopping wet with sweat and then found myself, half naked, in a complicated embrace with a well-used aeroplane toilet. Bye Bye lamb.

The rest of the flight, which was only 2 hours, took light years and when we eventually landed I thought the pilot might roll the plane as we resembled an old gammy goose touching down with a shambling trot. I had arrived.

One more internal flight later and I was in beautiful Goa where I boarded a bus with some fellow yogis and started the harrowing drive to Sampoorna. An hour of dodging cows, people and motorbikes carrying up to four people at a time turned into dense jungle then palms and beach, we had arrived in Agonda.

The landscape reminded me a lot of Mozambique with its dense palm trees, open beaches and makeshift shops and restaurants. Agonda pretty much dismantles and packs up half the town during monsoon season and they were in the beginning phases of setting up once again for season when we started arriving. During my time at Sampoorna I sadly did not have much time to explore as we only had half of Saturday off, which was spent sleeping as a resident rooster living right outside our room made sure we woke up when he did. We also had every Sunday off which was graciously received and capitalised on as best we could!

I did manage to rent a scooter with nothing more than a flimsy copy of my passport and some bank notes. With this bright red, noble steed for the month, the world was our oyster and we made some harrowing ( sorry mom! ) weekly cross-country excursions to Palolem beach to bargain and shop and enjoy some time being “normal” between all the asanas and meditation at the school. Our ride started along the beach then through a thicker jungle section and out onto rolling fields smattered with colourful houses, burning fires and playful children. We often made a stop at Space Cafe along the way for ginger tea and a slice of vegan chocolate cake that will blow your hemps socks clean off your feet!

As we neared the town of Palolem, the scooters and people became more dense and toes would curl as each corner was an act of blind faith. The streets of Palolem were filthy gorgeous, thick with the smell of incense, spices, petrol fumes and urine. Alleyways writhing with puppies, fire smoke, billowing printed materials and row upon row of herbal teas, sold by toothless old women with henna stained hands.

After my time at Sampoorna I had just one more night before the great trek home. I thought I had nailed this whole white girl in India thing but she has one more surprise up her sleeve for me.

After checking in to our new accommodation for the night, we were greeted by the lodge owner who asked us for our passports as is custom practice in India. On searching my bag several times, with my heart sinking into my gut, I realised I did not have my passport. My flight was the very next evening and after already fighting with the airline all day about my 25 minute layover in Addis Ababa at rush hour I was officially at maximum blood pressure.

My only thought was that it had to be in one of the scooters I rented a few weeks back and that I would have to either get a bike or a tuk-tuk and trek back to the man we rented the bikes from. I opted for a tuk-tuk as driving a scooter through the jungle at night may have been suicidal. On the way to Agonda the tuk tuk very suddenly screeched to a halt on the side of the road. The driver got out, walked around and opened the back door which made me feel super nervous as it was just him, myself and the darkness. He then nonchalantly leaned into the cab and reached between my legs. I froze as I realised it may be time to unleash the beast when he then grabbed a handle and aggressively pulled on a chord, which then restarted the tuk-tuk like a heavy duty lawnmower. We were back on track, casually hurtling through the jungle, dodging buffaloes and timber trucks in the night.

After thoroughly searching every single bike outside the old mans house whom I had rented from before, a crowd started to form with everyone chattering in disbelief that I had lost my passport. After an hour I still had no luck and no passport. I then made my way back to Sampoorna, crestfallen, to seek help as my options were wearing thin. The staff at Sampoorna sat me down and started talking through the game plan. While they were talking me through Natasha was back at the lodge, stripping my bag and belongings but nothing came up.

I was then informed that the emergency passport process would require me to cancel my flight, go to the police station in Goa, get the relevant documents, then send those documents to the SA embassy in Delhi and then await a whole process to get permission to leave the country. I asked how long this usually takes. Silence before a response of ” 12 days” at which point all cool calm and collected demeanour melted away like ice on a tar road and I was officially in my worse nightmare.

After phoning my dad and having a good cry we started planning the whole process. I decided I would have just one more look for myself. I started sweeping and touching every surface as if my passport had camouflaged itself on to the desk or floor. In one last attempt at being thorough, I lifted the mattress and found the little green shape that made my knees go weak. It was under my mattress. For some reason I had thought myself very cunning for tactfully hiding it there and promptly forgot about it.

On the way back to my accommodation in the tuk-tuk the sky was filled with lightning strobes and deep thunder. The tuk-tuk, navigating its way on the dark winding roads with only a small red guide light on the front, huffed and puffed to make it back before the rain broke. The flimsy, torn, pear-printed curtains separating the front and the back of the tiny cab were blowing in the wind as I sat in the back, clutching my “green mamba” to my sweaty chest, as if it may disappear into thin air once again.

I couldn’t help grinning in the back of that little coffin on wheels because I was going home, but also because I was thousands of miles away from my country, on my own, in the middle of the jungle at night and I felt alive. I realised that we are far more resourceful than we believe we are and that it would serve us well to trust our intuition a little more. Life has a way of working out in the end. It always does. Perhaps this is simply because I say that it always does, who knows? It just does.

As I hurtled along the dark road I felt India smiling to herself ” You thought you knew, but you just had no idea, did you?”

Till we meet once again, you old cow.